A Mexican thriller named Who killed Sara? Came all guns blazing onto the OTT screens of Netflix in the March of 2021. José Ignacio Valenzuela created the show aided by David Ruiz and Bernardo de la Rosa as the directors of the episodes.

Who Killed Sara? Stars, Manolo Cardona, as Alex Guzman, an innocent brother convicted for the murder of his sister. After serving years in prison, he gets out and sets out to find the real culprit behind it. The show received a positive response and garnered praise for its energetic vibe and good performances to create a compelling mystery thriller.

Netflix took only two months to release a second season of Who Killed Sara consecutively. While the show did leave the first season with a number of questions raised. They were answered in the second season piece by piece giving us a whole picture of what went down with Sara’s murder.

We realized who the skeleton belonged to. The one big cliffhanger of Season 1 and even almost got to know who exactly the killer of Sara is. But that wasn’t enough for the show we believe. Because there is a bigger conspiracy at play, and here we are taking a look at the finale of Who Killed Sara piece by piece.

What Went Down In Who Killed Sara Season 2 Finale?

So, Who Killed Sara? Continued its especially the answering the major cliffhanger we were left on with Alex finding a skeleton in his backyard. The skeleton threatened Alex, and he may be put into jail all over again for that. From hiring Lorenzo and finding of Abel to the videotape. The finale summed up a lot of things. So here is what went down in the finale.

From The Official Trailer Of Who Killed Sara?

The eighth episode opened up to the confrontation between Sara and Abel which was being recorded through Tape Recorder. The one which Alex and Nicandro discover in the present day. The video revealed a number of things, from Abel raping Sara’s mother years ago to Sara being a half-sister of Marifer. After all these years, Abel had come to repeat the same things again to Sara if she doesn’t give him the money he wants.

The tape continues to see Sara making a call for receive with Cesar receiving it on the other end. He comes to her rescue and becomes the one who actually shot Abel in order to save Sara. While the tape reveals this, it is also heard by Marifer and Elisa, who join Alex and Nicandro eventually.

The truth bomb doesn’t go well with Marifer, who in the past confronted Sara for the disappearance of her father and believes she is the one who cut her parachute’s rope. Thus, letting Sara die.

So it seems like we found the killer right.  But that’s not just it. It’s not confirmed that Marifer is the killer. She only believes it to be her. Plus, the show teases us someone else to be it in the end. Let’s go piece by piece.

So basically, all this time Marifer was after the wrong people through the entire show. This eventually leads to a fight with her sister Clara as well while trying to confront Mariana. Thus, resulting in Clara’s death.

The tragedy doesn’t go well for Chema who later confesses killing Moncho as well as Abel in turn. Well, Moncho was self-defense, but Abel only because he wants to make up for Alex. 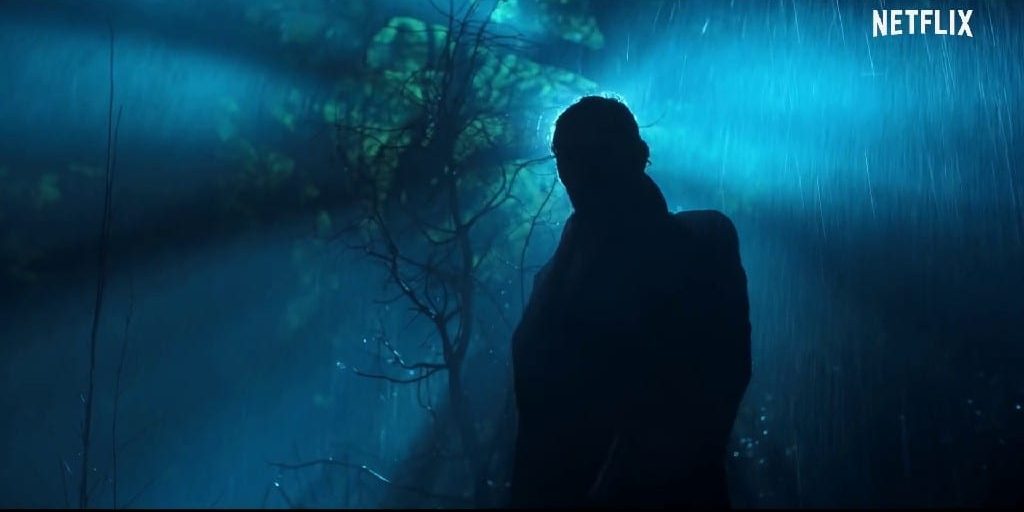 From The Official Trailer Of Who Killed Sara?

The final moments see Elisa trying to burn down Lazcano’s Casino. Alex makes it in time to save her in the burning building, and they find Marifer there too who confesses to killing Sara. Marifer looks for forgiveness, but Elisa pushes her into flames and probably she dies while Alex and Elisa make it out. We see Alex confessing at court as Cesar is having fun at Carribeans. We see him playing Poker. Drinking and having the time of his life.

The darker through comes out with Nicandro in the end. He goes through some files of someone named Dr. Alanis, who is the in-charge of Sara Guzman. The photos and files of Sara Guzman also mention her as the first patient of the project.

Nicandro eventually hits up a call to Dr. Alanis and talks about sending money as his father promised. They are glad Alex believes Marifer is the killer of Sara and promises no one could know who killed her after all.

So basically, the show bowed seeds for another season in turn. We are not sure how long this case may go. Furthermore, what do they mean by a project? What experiment Sara was being worked on? We might receive these answers if there is a third season for Who Killed Sara in turn.