Youth of May is an ongoing South Korean Drama. The drama is set in the May 1980s in Gwangju and talks about the youth of that time and place. Fans have been loving the drama. The drama has a great retro vibe to it. And, the storyline is pretty engaging too. Also, the fans love the characters. Because each and every character has a story to tell and is genuinely lovable. The main characters are Myung Hee, Hee Tae, Soo Ryeon, and Soo Chan. And, the bad guy in the drama is Hee Tae’s father.

Myung Hee and Hee Tae had met in an unexpected way. Soo Ryeon, Myung Hee’s friend, didn’t want to go on a blind date set by her father. So, she made a deal with Myung Hee that if Myung Hee goes to her place, then she would buy Myung Hee the tickets.

You see, Myung Hee wanted tickets to go and study in Germany and was trying to get on ends as she wasn’t rich enough to buy them so Soo Ryeon helped her out. But, the blind date wasn’t the first time Hee Tae had seen Myung Hee. Hee Tae had seen her working as a nurse in the hospital and fell in love with her ambitiousness. The two get along pretty fine. But things get out of hand when Hee Tae’s father gets in the way.

Till now, we know that Hee Tae’s father and Soo Ryeon’s father who are both capitalists had made an agreement. The agreement was that if Soo Ryeon will marry Hee Tae, then they will support each other’s business. Neither, Soo Ryeon or Hee Tae wanted to agree but Hee Tae’s father gave them no choice.

Youth Of May Episode 6 Preview

Youth of May cr: KBS2

In the preview, Hwang Gi Nam, Hee Tae’s father, had slapped Hee Tae asking him that whether he thinks he could beat him now that he is grown up. Then in the next scene, Soo Ryeon was angrily asking him what would he have done if his family had seen it, to that he asked her why is she so angry. Then we could see Soo Chan and Hee Tae talking.

Soo Chan had told him you can’t say that you ran away from the ceremony. It looks like had drunk a lot or was very sleepy when he had come to tutor Lee Jin Ah. Then Myung Hee could be seen telling him that she was free that day and also tomorrow. That is how they decided to hang out the whole time. 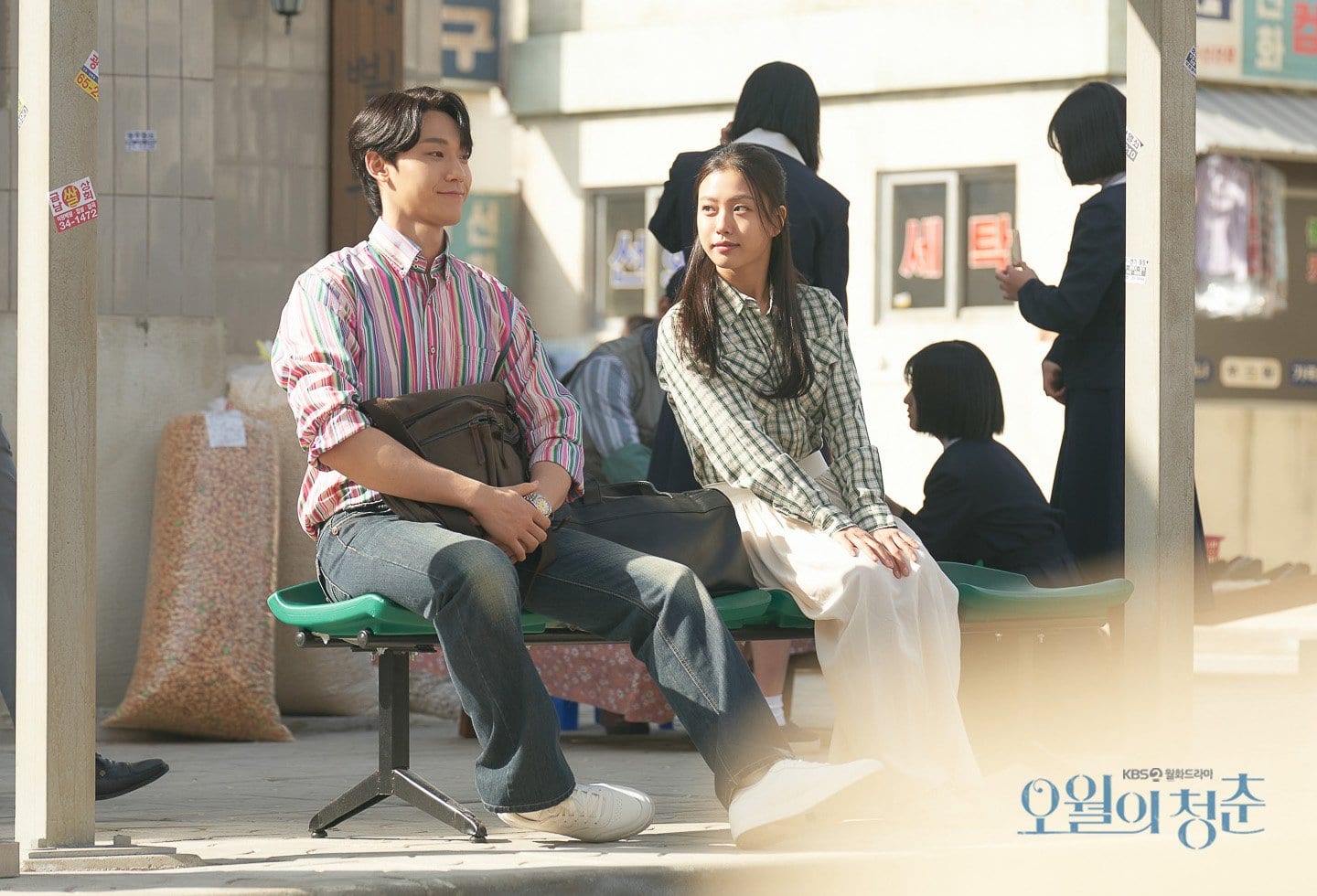 Youth of May cr: KBS2

Then we could see four of our Myung Hee and Hee Tae were dining at a  restaurant together. It looks like they met by accident because Hee Tae’s brother had slyly asked them what was their relationship. Then, in the next scene Hwang Gi Nam, Lee Chang Geun, and Lee Soo Chan were conversing about their business.

Then either Lee Soo Chan or Hang Gi Nam says to call off the engagement as Hee Tae is seeing someone when Soo Ryeon had entered the room. If Soo Ryeon has feelings for Hee Tae then things might get complicated between Soo Ryeon and Myung Hee. None of us want their great friendship to be ruined. Fans are also getting worried that Myung Hee and Hee Tae will end up in a lot of trouble.

Youth Of May Episode 6 Release Date

Youth of May Episode 6 is going to release on Tuesday, May 18. It has as of now released five thrilling episodes. Each episode gave an amazing reveal and an insight into a character. And, although things are getting tangled between Myung Hee and Hee Tae fans hope they get together at the end of the drama.

Though we all know where the drama is headed. At the beginning of its first episode, the drama had shown a sneak peek into the future. A skeleton was lying on the rail tracks and an old man had suicided. Fans have a bad feeling that the skeleton was Myung Hee’s and the old man was Hee Tae. Let us cross our fingers that it is not true, and see what happens in the episodes coming. There are seven more episodes left, so let us have hope!